The polish alphabet (“alfabet polski“) consists of 32 letters (23 consonants and 9 vowels). Unlike other slavic languages, the polish language (“język polski“) uses Latin Script with additional diacritics for the special polish phonemes (such as ą and ł). A good rule to remember is that with the most Polish words, the stress lies on the second last syllable.

Additional letters in the polish alphabet are ą, ć, ę, ł, ń, ó, ś, ź and ż. In Polish, the letters q, v and x are only used in foreign words. 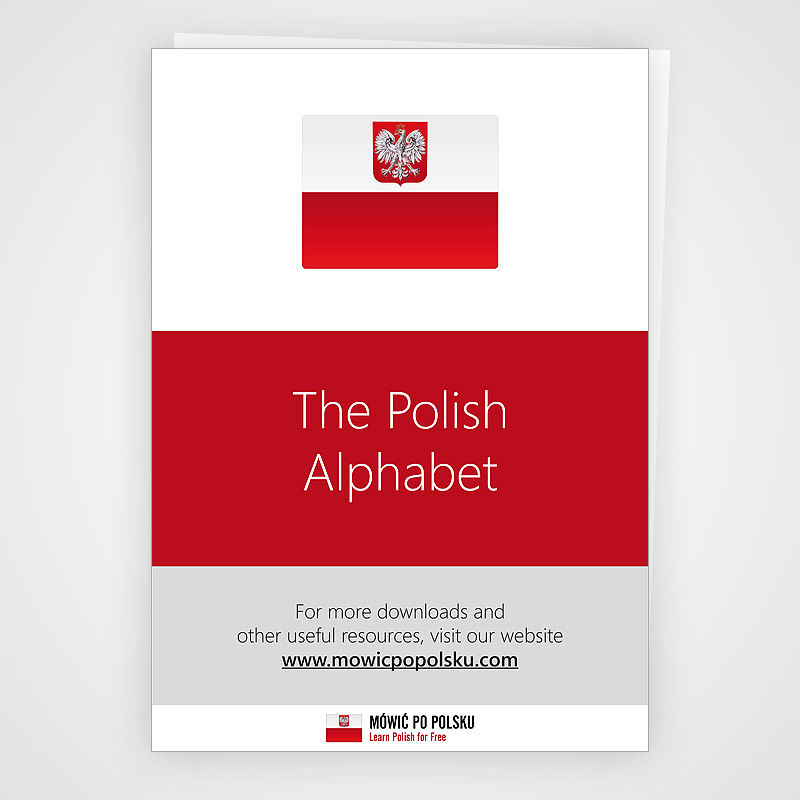 Pronunciation of the nasal vowels ą and ę

The pronunciation of the Polish nasal vowels ą and ę depends on the consonant following them. For example, the letter ę can be pronuonced like “n“, “en” or french “on“, depending on the context.

The letter Listen to Pronunciation ą

The letter Listen to Pronunciation ę

Letter combinations in the Polish language (Digraphs and Trigraphs)

The only Trigraph in the Polish language is “dzi“.

To hear the pronunciation of the Polish alphabet and digraphs, watch the video “Polish Alphabet & Pronunciation” under Learning Polish with Videos & Podcasts.

In order to display Polish letters correctly on Computers, websites and in web addresses, in many cases they have to be encoded:

Why not support us by telling your friends?